Construction continues to boom on resort project
by Lisa Tisdell 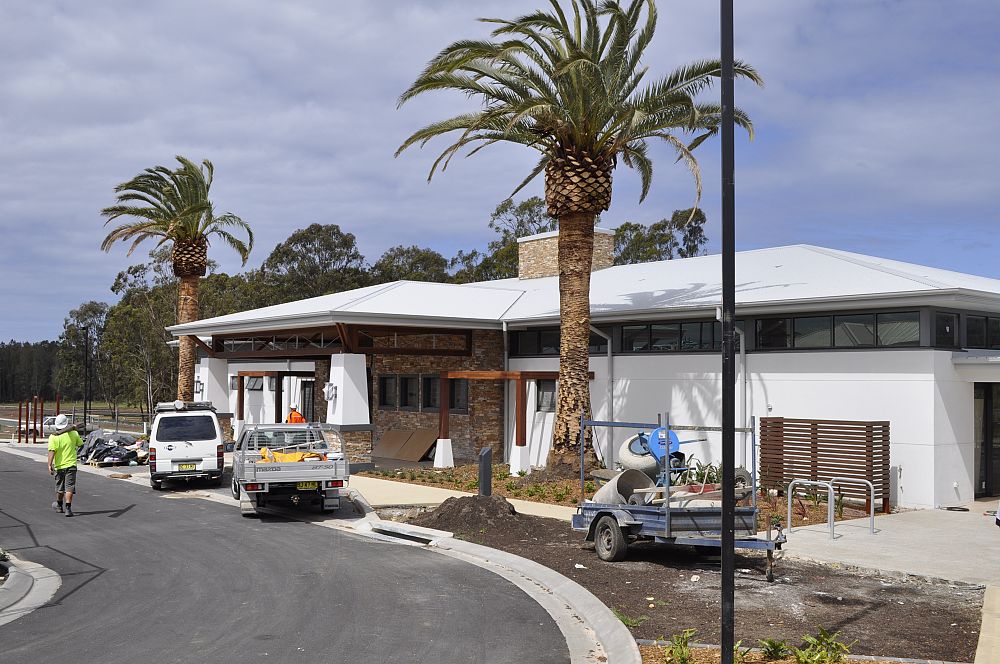 CONSTRUCTION is booming at the largest private residential project on the north coast.

Stages four and five, underway at the Ocean Club Resort, feature the construction of 31 homes with the aim to complete as many as possible by the end of the year.

That is on top of the completed first stage of 11 homes, five of which were display houses, and the second stage of a further eight homes which were handed over at the end of May.

Another eight homes in stage three are expected to be handed over by the end of June.

Locally owned and operated company Better Homes has the contract to build the new homes.

“Ocean Club Resort is the largest single contract ever undertaken by Better Homes and has created opportunities for countless local suppliers, contractors, and of course, their families,” Mr Jones said.

He said the consistency of work for the whole team was just amazing.

Up to 80 contractors are on site during peak periods at Ocean Club Resort on the southern side of Lake Cathie.

Mr Jones said, along with their administration project managers, they also employed a full-time site manager at Ocean Club Resort, supported by carpentry supervisors within the contract teams.

The community facilities are completed.

There will be 260 architecturally designed homes, all on slabs, when the project is finished.

Huntingdale Properties and the Gwynvill Group are behind the multi-million dollar development.

Huntingdale Properties director John Gilmour said Ocean Club Resort had attracted the highest rate of sales for anywhere like it in NSW or Queensland.

“We are delighted with the interest,” he said.

About 40 homes have been sold.

Mr Gilmour said they were very happy with the results and feedback was very positive.

“What we are seeing is recognition of the value for money proposition the Ocean Club offers,” he said.

The first resident moved in early this year.