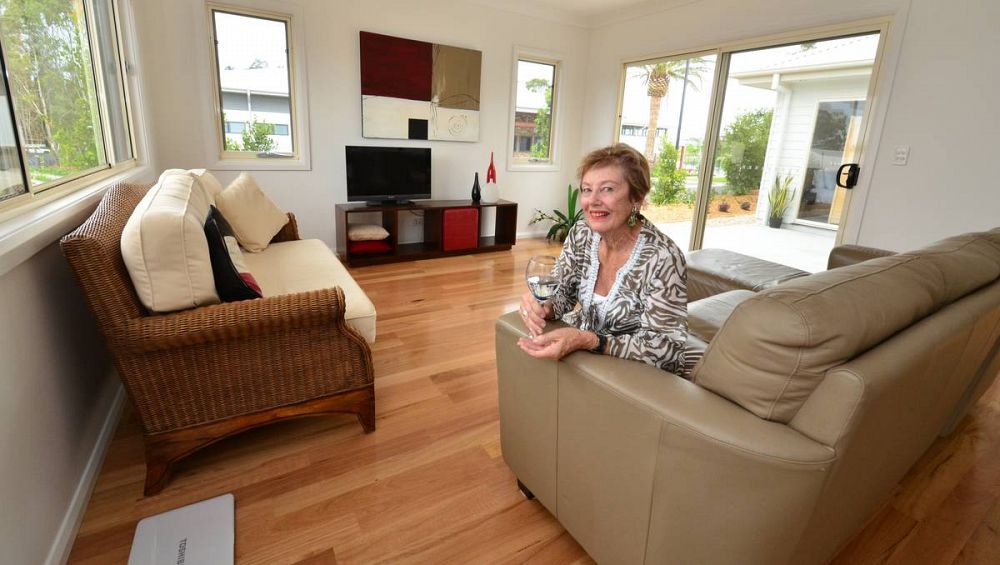 THE lifestyle lured the first resident to a new development at Lake Cathie.

Jan Warrington swapped life in a Port Macquarie villa for Ocean Club Resort on January 18 – and she hasn’t looked back.

“It is so exciting for me to be here from the beginning,” Ms Warrington said.

“I moved here for the lifestyle; to make new friends and enjoy new pursuits.”

Ms Warrington has taken a dip in the pool almost every day.

“I look forward to meeting the newcomers as they move in and to watch the resort grow house by house,” she said.

Ms Warrington said the resort would be beneficial for the town too as the owners sourced all the goods and services locally.

Better Homes and Developments is building the architecturally designed homes on slabs.

Five display homes are complete and another five will be ready in a matter of weeks to give potential residents a feel for five-star retirement living.

Construction has also started on a further 16 homes, which will then be followed by upwards of 30 more in stages four and five.

Almost 60 homes are expected to be built by the end of the year.

Better Homes and Developments director Neville Jones said the unique nature of the project made it exciting.

“It’s continuity of work but what we like about it more than anything is it is such a unique project,” Mr Jones said.

Mr Jones said Better Homes was rapt with the result so far.

The homes complemented the quality of the facilities, he said.

Would-be residents have made 33 reservation deposits, and from that, there are seven signed contracts.

Inquiry has been strong since Ocean Club Resort opened its doors in December.

Sales/resident manager Karen Twigg said 10 couples, on average, inspected the resort daily in the past week.

Sydney developers, Huntingdale Properties and the Gwynvill Group, are behind the multi-million dollar project.