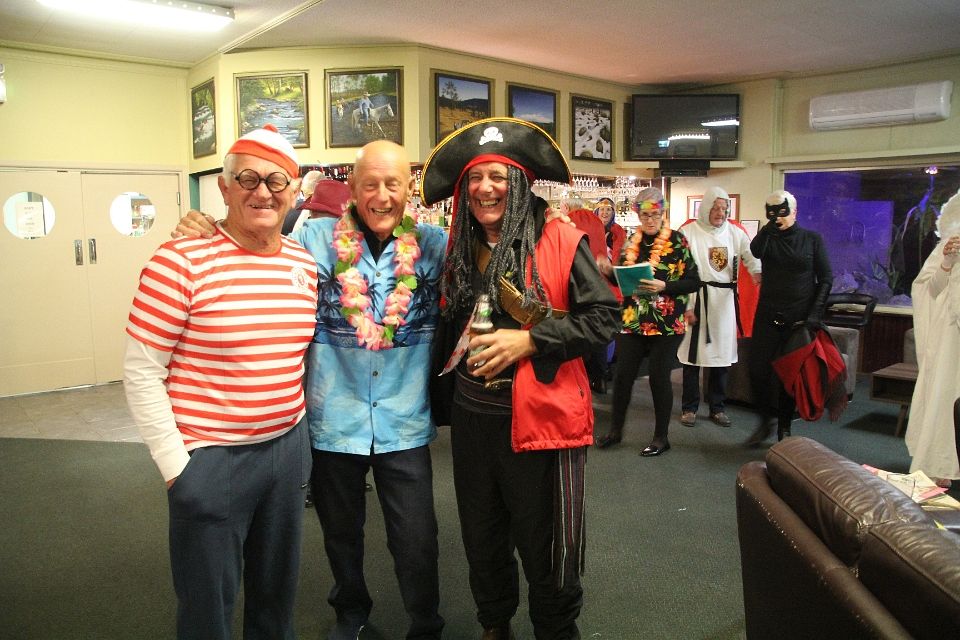 The OCR Traveller’s three day trip to Gloucester was run by Helen and Bob Hoban and Val and Ken Parsons with over 30 homeowners joining them.

Although our Travellers Group was originally formed by caravan and motor home owners, on this occasion they also booked quite a number of rooms in the local Motel.

Winter in Gloucester is chilly to say the least; however the lovely open fire in the Pump House on the Caravan Park helped to keep the cold at bay during happy hour.

The highlight of the week was dinner on the last evening, where the Motel closed off the dining room especially and everyone came along dressed in something based upon their initials. The evening was hilarious with everyone making a big effort, with pirates, romans,angels, superheroes and even a “Where’s Wally” characters.

Next trip planned is to Sawtell towards the end of the year – watch out Sawtellians!