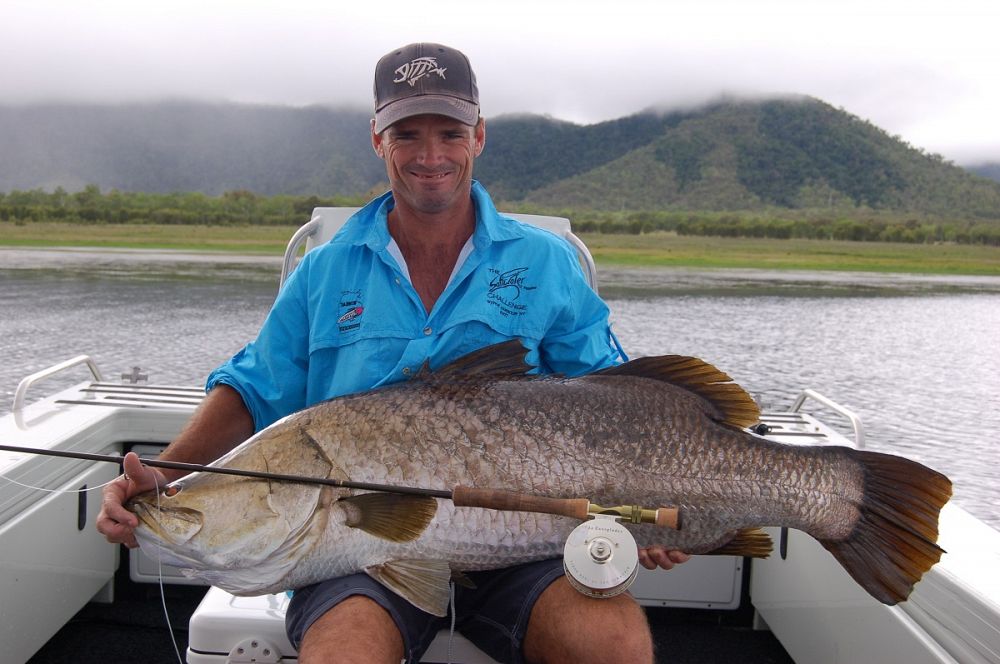 Mark was just a toddler when his parents Tony and Mary, and brother Gregory moved from Adelaide to Darwin in 1972. The family and boys loved the outdoors laid back lifestyle in particular the camping and fishing trips.

Mark loved his sport and joined little athletics and played Aussie rules football, representing the Northern Territory in both the under 16’s and under 18’s National Championships. He started playing for the St Mary’s football club in under 12’s continuing through all grades to the seniors, winning many club best and fairest awards. While playing 2nd division for St Mary’s, he won the league’s best and fairest ‘Mitch Lee Medal’ five times, was runner up twice, and was captain of the 2008 premiership team.

After leaving school, Mark accepted a full time position as a shift manager. With Mark’s passion for fishing he then started work as a professional fishing guide on the Tiwi Islands, at Barra Base on Bathurst Island and later at the renowned Jessie River Camp on Melville Island. He quickly earned the reputation as one of the Top End's best fishing guides, receiving a lot of attention from the Australian fishing media for his amazing and uncanny fish spotting abilities. In 1998 he started “Mark West’s Hooked on Fishing Safaris” which he successfully operated for the next 10 years.

The charters consisted of day trips fishing a variety of fish in and around Darwin Harbour, or barra fishing at Corroboree Billabong or the Mary River. His busiest period included five or six day safaris fishing the South Alligator and surrounding coast for the big barras with overnight accommodation at Point Stuart lodge. His clients included some of Australia’s top cricketers and footballers with many returning each year. After a short stint of working at Darwin’s award-winning ‘Fishing and Outdoor World’ in 2008, Mark was invited to join Melville Island lodge with their elite fishing safari and worked there for the next five years.

After his daughter Amelia was born in October 2013, he decided he needed a sea change so as he could spend more time at home with her.

In 2014 Mark was offered the position of Operations Manager at Ocean Club Resort and after spending a few days in Port Macquarie, started a few weeks later in the March. One of the big draw cards for Mark was the location on the coast and the fact that he could still enjoy his fishing. There is a good variety of fish, although he does miss the big barramundi. He regularly fishes the Camden Haven River and the Hastings at Port Macquarie or travels to Kempsey to fish the Macleay River and the Manning River at Taree.

Sean Tieck, one of the Ocean Club Resort owners commented, “I had been a client of Mark’s for about 20 years prior to offering him the position of Operations Manager at Ocean Club Resort. Over those years I had been impressed with his ‘nothing is too much trouble’ attitude towards his clientele. He always put in a massive effort and showed incredible patience. Mark was highly spoken of and well regarded by all those that crossed his path."